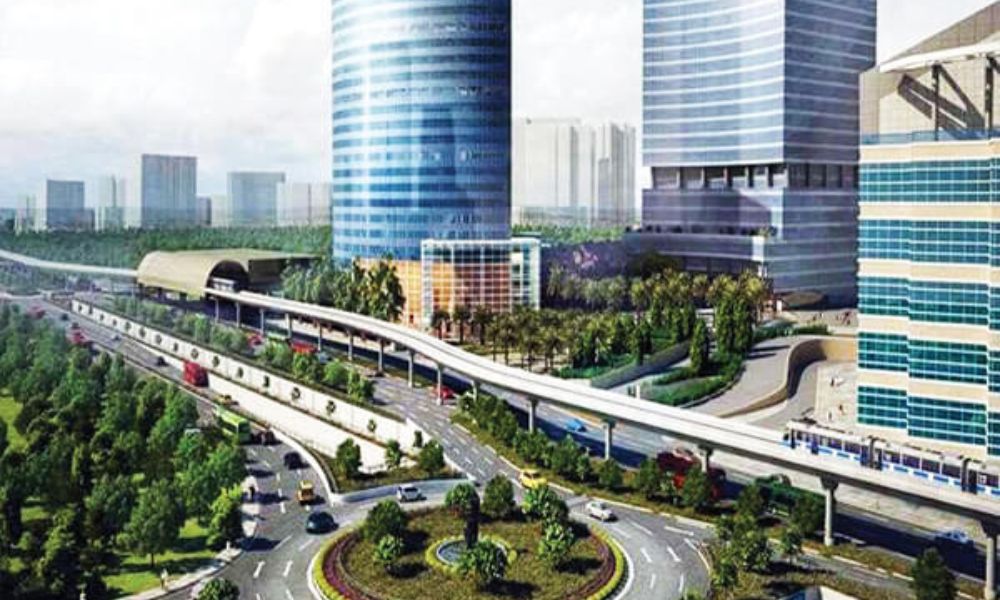 There was a time when Gurgaon was a mere piece of land in Haryana that was famous as Farmers’ land. But now the tables have turned and it’s not called that anymore. It has emerged as a Millennium City which is filled with so many things to do! Gurgaon has become a powerful city with influential businesses, sprawling skyscrapers and whatnot. Not only for big businesses but this city has also become a hub for start-ups as well.

You can find everything here as this city is all about urbanized lifestyle. As it has a very good shopping scene, cafes. And also countless clubs and nightlife making it a millennial’s desire. Even various banquet halls in Gurgaon attract couples to plan their wedding here!

Gurgaon is now being noted as the most prosperous city in the country. It has urged not only private but government players as well to cash in on these urban opportunities in this city. Due to so many opportunities, it has received massive investments in the past years. That have also enhanced the city’s road infrastructure, construction of residential areas. And exclusive business venues for the prosperity of this city. Gurgaon is in the limelight of the country as it has transformed itself into a global city in no time. People love to live or hang out here to get the best out of this hip and happening place!

Here is a list of reasons why Gurgaon is now being called the new Millennium City of India:

Being identified as the New business capital

Previously, cities like Mumbai and Bangalore were known as business and start-up capitals. As the space crunch in the cities increased, it started proving to be a deterrent to their growth. Whereas the city of Gurgaon is now offering a huge scope of expansion. And the best part of this city is its proximity to the National capital of the country. Such factors have accelerated the growth of the city and made it popular. As the new business capital city of the country. All those skyscrapers are now filled with MNCs, start-ups, big Indian companies and much more. There are so many businesses that are now moving their base from Delhi to Gurgaon due to limited supply. And high prices of the space. Plus, with a good network of metro services, it has made accessible to people as well.

The infrastructure of the city and ease of access is what attract these global enterprises to open offices in the city.

Gurgaon is also being recognised as the hub of luxurious places and lifestyles! As some of the biggest names in the business arena have shifted to this city. People are heading towards it in large numbers. This has led to the establishment of elite and luxurious

With so many establishments as well as constructions around the city, it has now been chosen as the city for offering a comfortable lifestyle to everyone, especially to Gen Y! You can easily find everything here in Gurgaon that is required to lead a comfortable as well as a luxurious lifestyle! The city is now acting as a magnet that provides an improved quality for every age group as compared to many other metropolitan cities in the country.

The Social scenario and amazing nightlife

What makes it more happening and a centre of attraction is its nightlife! This city buzzes with an influential crowd and even people from the nearby come here to hang out with their friends and family! This city buzzes with youth and influential people who want to have a good time! Gurgaon serves as a home to the best clubs, exquisite luxury restaurants, and hotels which makes it a hub for entertainment for everyone. The crowd coming here is classy, energetic, trendy and truly upscale which sets the right vibe for that place.

The most popular area in Cyber Hub and Sector 29 serves as home to various clubs like Soi7, and Factory by Sutra among others. The other area of Gurgaon that is famous for its nightlife is Aerocity that not only houses famous five-star and business hotels, but it has also become popular amongst famous restaurateurs as it offers premium location and ease of access to everyone.

With everything growing and happening in Gurgaon, this place has led to the development of sprawling roads, highways, underpasses, and overpasses. All these establishments have positioned Gurgaon as a cosmopolitan city in the NCR. Moreover, this amazing city is equipped with India’s first intelligent traffic system, which gave its residents as well as visitors better control and navigation of traffic, which further made travel during office hours much easier for everyone. All these technological, as well as infrastructural advancements, are has made this city a true millennium city of India.

All the above-mentioned factors have led to the popularity of this city as one of the most popular cities in India. People from other smaller cities are also moving to Gurgaon for better career opportunities. Not only that, but this city is also giving favourable living conditions for everyone!