Newspaper headlines, the brightest flashbulbs of photographers, and exclusive media coverages – the captain of the cricket team, the batsmen and the bowlers grab all the attention and accept the accolades without paying much attention to the man always behind them which is wicket keepers.

To be more precise, the man who stands throughout the match behind the stumps, the wicket keeper, never gets as much attention as the other members of the cricket team. However, this underdog is the one person who remains involved in every single delivery in every cricket match.

In the past, fixed camera angles could never make the role of a wicket keeper prominent in the eyes of the viewers. Thanks to the present multiple camera angles and clarity of high definition telecast for improving the viewing experience. Latest news about cricket repeatedly time and again on television and web channels help us to determine the importance of the role of a wicket keeper in a cricket match.

The extremely talented ‘captain cool’ has another feather on his cap. He is the best wicket keeper of all time in the Indian cricket team. Mahendra Singh Dhoni is the unchallenged master wicket keeper that India has ever produced in the history of cricket.

Dhoni’s focused attitude and ability to take instant decisions are well-known to cricket players worldwide. Although wicketkeeping is an extremely strenuous job, Dhoni mastered the art by keeping his approach very simple. He preferred consistency over style in wicketkeeping. His dedication and well-composed approach surprised many since his early years as a cricketer.

Apart from his stupendous performance as a batsman scoring 15000 runs, he has to his credit about 700 dismissals as a wicket keeper. He also created controversies with his unconventional methods like one-glove wicket-keeping. Dhoni’s excellence added the required recognition to the art of wicket-keeping.

Before the advent of Mahendra Singh Dhoni, Syed Kirmani was the unchallenged hero of the wicket-keeping arena. His extraordinary skills helped him to achieve the status of an all-time favourite among the wicket-keepers that India had produced.

Kirmani’s contributions to the winning team for the Cricket World Cup in 1983, besides the captain Kapil Dev, cannot be denied. Apart from a strong wicket-keeping, he scored a hundred twice in two tests matches during the 1983 World Cup.

Kirmani’s 200 dismissals and 3000 runs in international cricket speak for him. Perhaps his greatest achievement was when he did not allow a single bye run in three consecutive Test Matches.

Accepting the charge of wicket-keeping after the legendary Kiran More was itself a great challenge for Nayan Mongia. However, his exceptional dedication quickly earned him the reputation of one of the best wicket-keepers in the Indian Cricket team. Alan Knott, the famous English cricketer, was utterly surprised to see the unmatched skill of Mongia.

Knott himself was one of the greatest wicket-keepers to have ever stepped on the cricket field. To draw the attention of this legendary cricketer was not an easy task, all the more because Knott was well-known for his eccentricities. However, Mongia’s humble approach and decent personality always helped him to win appreciation from the great masters.

A natural wicket-keeper, Mongia was equally comfortable tackling both spin and pace deliveries. With 250 dismissals and 2500 runs in ODIs and Test Matches to his credit, Nayan Mongia holds a permanent position in the hall of fame for wicket-keepers.

Mongia gave strength to the Indian team for almost a decade with his expertise as a top-class wicket-keeper. In the 44 Test Matches of his career, he took 99 catches and holds the honour of 9 stumpings.

Kiran More became a regular wicket-keeper with the Indian cricket team after the retirement of Syed Kirmani. A man with an always-smiling face and the grit to accept the toughest challenges, More proved his merit as a dependable soldier of the Indian cricket team. More played in almost 150 matches and has to his credit the dismissal of about 200 batsmen.

His strategy of unnerving the batsman with constant chatter behind the stumps became his signature style. He was always ready to accept the fastest bowlers and tackled them with sufficient expertise. His dismissal per innings ratio stood at an envious 1.4444, surpassed by no one till date except Dhoni.

Appearing in the lower order of batsmen, More never forgot his responsibility as a cricketer and used to give a tough time to the bowlers even in his position as a batsman.

His style, mannerism and flamboyance created a figure of a charming wicket-keeper on the cricket ground. Despite being a strongly built stout man, Engineer’s reflexes as a wicket-keeper kept even his fellow teammates speechless.

Players like Sunil Gavaskar still remember how Engineer’s strong presence used to boost the morale of the Indian cricket team. Apart from 80 striking dismissals in international cricket, Farokh Engineer also created a niche for himself as a batsman by scoring 2,611 runs in just 46 Test Matches.

A wicket keeper is the one man who can suddenly change the course of a cricket match by adept actions. A wicket keeper’s swift throw at the stumps or a diving catch can overpower the rival team at any moment. It is the responsibility of a wicket keeper to always stay active all through the game, and it requires a lot of stamina.

Indian wicket keepers like M.S. Dhoni and Syed Kirmani kept the audience spellbound with their exceptional skills. Indian cricket team has many more to boast of and it is sure to present more in the coming years.

Know all about cricket news and updates at CBTF news.

Get the fastest cricket news update at https://cbtfspeednews.com/.

Checkout our videos to get the latest useful information about winning betting tips,

Know all about cricket betting and updates at CBTF betting. Get the updated expert betting tips. 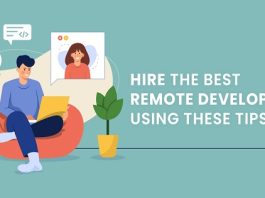 What should businesses do Before Hiring remote Developers for their project?

Can You Get Malware on an iPhone? Here’s How to Check