Paneer is a young cheese that may be found in many Indian and surrounding nations’ cuisines. Palak Paneer, the famous green spinach curry served with golden pan-fried paneer, is perhaps the most well-known example.

Paneer is now readily available in Australia at large supermarkets like Coles and Woolworths. However, it’s far more delicate in texture and isn’t a great product. Homemade is softer and creamier than store-bought paneer.

Furthermore, it’s straightforward to prepare and keep for a few weeks in the refrigerator. Then, you can cook as many paneer dishes as you want, from simple paneer fry to Paneer butter masala.

Like other fresh cheeses such as ricotta, quark, and cottage cheese, paneer is a soft cheese. It has a milky flavour and a lovely texture similar to that of firm ricotta. It isn’t as creamy as, say, a brie because it lacks the same quantity of fat.

Paneer is not salted, so it’s bland on its own. It’s intended to be eaten with flavorful sauces or spices while cooking.

All you need are milk and lemon juice or vinegar. Seeing this recipe, you wish more recipes required only required two ingredients. The curdling of milk is caused by the addition of lemons or vinegar, which leads to the formation of curds. Curdling occurs when dairy and liquid separate. Lemon juice is preferable for me because it’s fresher and less acidic in flavor; however, ordinary white vinegar will also do the job.

Bring the milk to a low boil. When the top is frothy, and you can see that it’s hot and steamy, this is when it’s ready. After the milk has been heated, turn off the stove. Stir in the lemon juice and wait a few moments.

The milk will curdle with small white fragments separating from the clear liquid. The whey is a milky liquid that results from the separation of the curds. The white grains are known as curds, and they’re what gives the cheese its taste and texture.

If your milk does not curdle, turn the heat back on and bring it to a boil once again, just until it begins to separate. Then turn off the stove and continue stirring.

Set a sieve, strainer, or colander on top of a large bowl and line it with two layers of cheesecloth. For its original purpose, we’re using cheesecloth again today. Cheesecloth is a thin, loose-woven cloth used to make cheese and other foods. It works like a sieve, but the holes are much smaller than ordinary utensils. Don’t try to drain paneer on top of a fine-mesh strainer or sieve; you’ll lose the curds through the tiny holes.

Then, drain the paneer in the Draining dish. Start by pouring the curdled milk into a lined strainer. After spooning in roughly half of it, pour in the rest. If the curdled milk takes longer than five to ten minutes to drain away, you may need to strain it in phases.

When the liquid stops dripping out, the paneer is drained. The paneer will still be soft and watery at this point. After the whey (watery liquid) has stopped dripping, this is what the paneer will look like. It’s still quite wet and runny.

After that, wrap the paneer in cheesecloth and rinse it under running water. This is only to remove any lemon taste left in the water. Squeeze out excess water by twisting the cloth and squeezing the bundle to remove any extra moisture and whey.

Alternatively, you may use a plastic bag to squeeze the water out with both hands. This isn’t necessary because we’ll be draining further in the fridge. Simply extract what you can. If the paneer begins emerging through the holes in the cheesecloth, you’re compressing too hard!

At this point, the paneer may still appear watery and shimmy. It’s more solid in the next step.

When Paneer is Ready

Place the paneer that you just prepared in a bowl and cover it with cold water. All of the liquid should be discarded. Place the cheesecloth-wrapped filter back into the basin, then place it over an empty dish. Make a 2cm/4/5″ thick disc out of the paneer by molding it.

Top the paneer with a tiny plate, and then weigh it down with 2 x 400g/14oz cans or something comparable. The weight of the cans compresses the cheese while also helping to draw out any remaining excess moisture.

To keep the cheese from clumping, drain off any extra liquid in a strainer and place it in a covered container. Leave it for up to 4 hours before serving if you have time. Try not to leave much more than 4 hours. The longer the paneer is kept in the fridge with its weights, it becomes firmer.

Finally, remove the paneer from the fridge and unwrap it. There will be a dent in the centre, which is expected since the liquid is draining away. You may utilize it right away for cooking or store it in the refrigerator for up to two weeks. Simply keep it intact in an airtight container, then cut off pieces as needed! 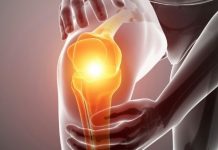 How to Naturally Relieve Joint Pain? 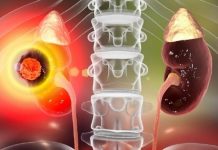 How Can Cancer Develop and Can It? 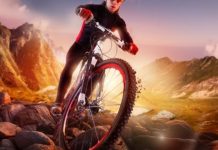 Amazing Benefits Of Fat Bike Over The Regular Bike

F95zone With a Plethora of Games to Match Your Gaming Needs

Is cooking on salt block is healthy? 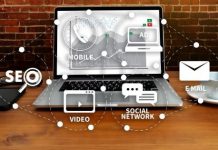 Digital Marketing – The Ultimate Guide for Your Business Growth 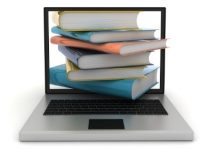 Informative Writing: How to Make an Computer Book 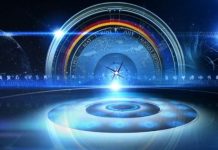 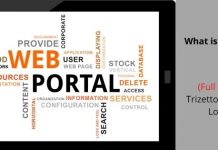 What is TriZetto – Trizetto Gateway Login Edi, How to Reset...

Chiropractic Help For Back Pain