A laser skin treatment is a type of facial that helps in reducing acne, age spots, wrinkles, and fine lines. It can help in brightening your skin tone, smooth out your skin texture, and add plumpness and elasticity to the face. But before you get an online doctor appointment of Laser Treatments For Skin. It is important to understand what laser skin treatments are.

Lasers move through the skin layers to help in the growth of elastin and promotion of collagen. Now, collagen production starts going down around the age of twenty-five and keeps reducing consistently. Thus, women have turned to the following laser treatments to make their skin look good again.

Get online doctor appointment for ablative, non-ablative, and fractional lasers

You will commonly hear the words ‘non-ablative’ and ‘ablative’ when talking about laser therapies. Knowing the difference will help you in determining the kind of laser treatment that is suitable for you.

Ablative lasers are way more invasive than non-ablative lasers. It is the kind of laser that wounds your skin by the removal of the outer skin layers, i.e., the epidermis, by slightly heating and damaging the deep layers of the skin. It promotes a major increase in the elastin and collagen production of the body and makes skin feel tighter and smoother.

Non-ablative lasers are less invasive than ablative lasers. Rather than damaging the surface of the skin, it heats up the lower and mid skin levels. But both processes lead to an increase in collagen production and rejuvenated skin.

However, non-ablative and ablative lasers have one factor in common – both of them can also be called fractional lasers.

Fractional lasers by the best dermatologist in Hyderabad

Fractional lasers work like meat tenderizers. The zone of impact where the meat gets tenderized is not a smooth area like a hammer head. Basically, it looks almost like a grid.

After you have understood the basics of lasers and the finer nuances of skincare, here’s taking you through five most common laser treatments that you can consider:

Ablative fractional CO2 laser resurfacing helps in collagen production and offers smoother, firmer, and tighter skin by removing parts of your skin cells throughout different layers of the chest, neck, and face. It is a potent laser treatment that targets:

An ablative fractional C02 laser treatment is highly effective and invasive, which means that it comes with a long recovery time of at least two weeks.

This is one of the non-ablative laser treatments that heats up and partially damages your skin layers below the epidermis, which is the topmost skin layer. Thus, when the skin starts healing, you get an even skin texture and tone. As such, pulsed-dye lasers are mainly useful in helping you combat pigmentation issues. It is a process that can help you in the following cases:

As the procedure is completely non-ablative, you will take somewhere around a couple of days to a week to recover fully. This laser treatment will continue to offer a revitalized look to your damaged skin. What makes people choose pulsed-dye lasers over an invasive ablative laser treatment is that it has a lower recovery time.

It works by heating and slightly damaging only the deeper skin layers. Thereby, the collagen growth in your body increases and the drier, older, and worn-out skin cells get cleared away. This way, non-ablative laser treatments can help to:

This laser treatment has a sweet and short recovery time of around one to three days, which is a great thing. But if you want the best results, you will need to go for an added skin resurfacing treatment.

Although it is not a laser technically, Intense Pulsed Light utilizes the strength of light to bring the youthful glow on to your face. It is a process known as ‘photo rejuvenation.’ The specialists utilize a broad spectrum of powerful light wavelengths for targeting the problem areas of the skin. It is a non-ablative (and non-invasive) is particularly good to treat the given conditions:

As skin is not damaged during the process, Intense Pulsed Light comes with nearly zero recovery time.

If you have never tried laser treatments before, now is the time to go for it. You will love how youthful and smooth your skin will look after the treatment. So, give lasers a try and see the changes for yourself.

What is Protective Food?

Global Medical Sensors Market by Sensors Type and by Region

What Are The Best Nutrients Supplements For Post – Workout? 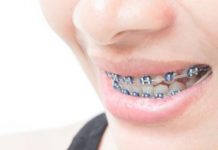 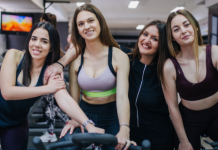 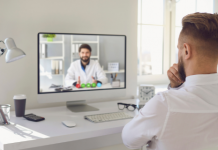 Steps & Guidelines to Create the Garden of Eden 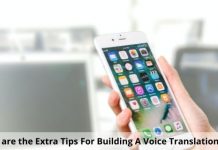 What are the Extra Tips For Building A Voice Translation App? 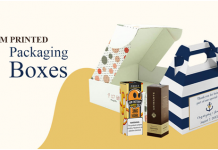 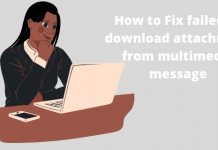 How Do I Fix If “Failed to Download Attachment From Multimedia... 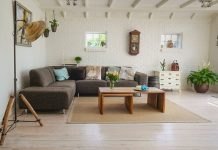 8 Stores Like IKEA for cheap, trendy article of furniture

Dentist Wollongong : How You Can Find A Dentist in Your...